The Company, Glass and the Art of Venetian Mirrors

AAV Barbini Srl is the oldest Murano company still in business, as regards the art of Venetian mirrors . Its origins, in fact, date back to a long time before the foundation date of the same.

In 1927, Nicolò Barbini , after attending the “Abate Zanetti” School of Drawing , moved by the ancient artistic flame and strong of the long family tradition, in theglass art , founds his first company in artistic glass engraved , with which the brother will collaborate William , also an engraver, as well as a founding partner of Salir, immediately distinguishing himself for the elegance and refinement of mirrors products. After only two years of activity, in 1929, he will be awarded the First Grade Gold Medal at the “Exhibition Exhibition” in Florence and, together with his brother Guglielmo, will furnish with Venetian mirrors , mirrors , tables , console is troumò in engraved glass and crystal numerous Hotels, Palaces, Show Rooms and Casinos.

In those same years, the production of Barbini it also included a number of beautiful objects in glass , such as vases, cups, glasses, jugs, risers and large plates divinely engraved with a sandstone wheel and diamond point, cold painted, or decorated with the sandblasting technique.

Nicolò (center) with his children (from right: Giovanni and Vincenzo)

In 1940, together with his brother-in-law “Memi” (Guglielmo), he founded the company “Barbini e Longega Venetian mirrors artistic incisi ”, the current“ Domus vetro artistici ”, which will receive numerous acclaim, thanks, above all, to the imagination and craftsmanship of Nicolò.

The superfine engraving technique, the quality of the grinding and the combination of colors and shapes, will be the trademark that will characterize the future production of the Venetian Artistic Handicraft , inaugurated by Nicolò himself in 1960.
Over time, Nicolò will transmit to his sons Vincenzo and Giovanni his artistic sensitivity and his great professional experience, who will increasingly specialize in art of Venetian mirrors .

During the first years of life the Artistic Laboratory of Nicolò Barbini will produce, as well as Venetian mirrors in engraved crystal, also chandeliers appliques and wrought iron lanterns, all rigorously worked by hand; often the chandeliers were decorated with leaves and flowers in glass colored, where the combination “glass / ferro “turned out to be very innovative and pleasant on an artistic and visual level.

In 1985 Vincenzo and Giovanni will become the owners of the company, expanded by nine units inside, which will continue and further develop the family business in the wake of tradition. They will participate in numerous fairs and exhibitions, including the Florence Campionaria, the Macef, the Milan Furniture Fair and various exhibitions of Venetian craftsmanship, both nationally and internationally, such as in the USA, France and Germany. exhibiting unique specimens of Venetian mirrors, in ancient and modern style.

Currently the company, which boasts a glorious family tradition in the field of glass, dating back to the seventeenth century, uses the work of three generations of expert craftsmen at the top of this exclusive technique, acquired through a great passion, a deep historical knowledge and a great professional experience. All stages of processing (design, cutting, grinding, engraving, silvering and assembly) are carried out exclusively in Murano and personally supervised by the brothers Vincenzo and Giovanni Barbini and their respective sons, Nicola, Marco and Giovanna, Pietro, Andrea and Filippo, capable of continuously reinterpreting a priceless heritage of techniques and secrets.

The entry of the children into the company will bring new vitality and energy to the production, thanks also to the continuous desire to experiment with new silvering and engraving techniques and the introduction of new machinery such as the very modern water jet, the only ones to have it in Murano, and installation of a glass melting furnace.

To date, the mirrors of the Barbini family are found all over the world, from India to the royal palace of Thailand, in Japan, where in the 1970s they had enormous popularity and were used to adorn the walls of the most exclusive palaces in the United States , in Russia, in China, in France, in Germany and among the sheikhs of Saudi Arabia, the United Arab Emirates and Kuwait, as well as in the major local showrooms, in exclusive hotels such as the Hotel Palazzina Grassi, the legendary Hotel Cipriani, the luxurious Hotel Gritti Palace, the historic Gran Caffè Quadri and the Royal Mansour Restaurant “Sesamo” in Marrakech, luxury residences and in important foundations such as the Venice Biennale Foundation.
Starting from 2013 Barbini Specchi Veneziani began to adhere to numerous group exhibitions, also participating in prestigious events such as Homo Faber 2018 and the 47th edition of the Gas Conference, at the same time weaving important collaborations with artists and designers, both emerging and world-famous, including Philippe Starck, India Madawi, Joan Jonas, Nathalie Decoster, Alice Guittard, Martino Gamper, Bethan Laura Wood, Lucia Massari, Sara Forte and with the most renowned Murano glass masters, such as Simone Cenedese, Cesare Toffolo, Lucio Bubacco, Marco Toso Borella, the brothers Pietro and Riccardo Ferro, Giacomo Barbini, Dario Frare, Martino Signoretto and many others. In 2018 Vincenzo and Giovanni Barbini will be awarded the MAM (Master of Art and Craft) honor, a special recognition promoted by the Cologni dei Mestieri d’Arte Foundation, dedicated to excellent Italian Masters of Art. Starting from the same year they will actively participate in the numerous initiatives promoted by the Promovetro Murano Consortium, an institution that deals with the management and promotion of the MarchioVetro Artistico® Murano owned by the Veneto Region. In 2019 they will get the Bonhams Prize, in its first edition, as the best event of the 3rd edition of The Venice Glass Week, for “Materia Eterea”, an exhibition of 14 works at the Bevilacqua La Masa Foundation. During the same year they will be chosen to realize the 12 prizes for the 34th edition of The Venice Marathon and one of the 5 prizes for the Six Nations Rugby 2020. 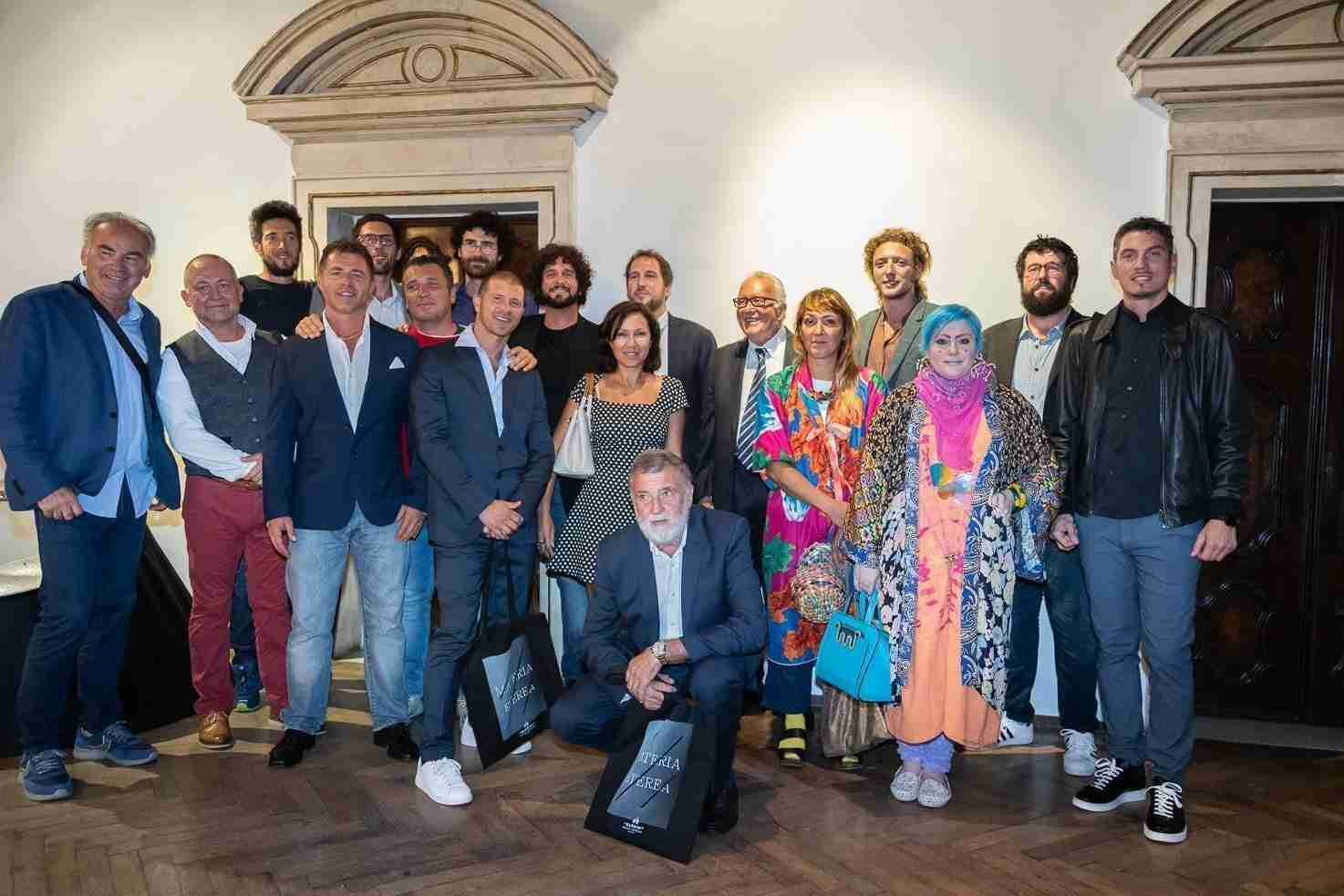