The most ancient records documenting the production of small glass mirrors can be traced back to Egypt in the I century BC. Despite its traditional use, bronze rendered the combination of glass and metallic foil too complicated. The ancient Egyptian mirrors that have survived until modern times were primarily metallic disks, generally made of bronze. Although, some surviving mirrors were made of copper, silver and even a metallic alloy. These flat mirrors were generally shined and carefully cleaned. Oftentimes, they boasted a handle of varying shapes such as a column, a female figure or a divinity. Metallic mirrors were very expensive, thus, it’s likely that they were exclusively owned by the upper classes. Plebeians had to content themselves with seeing their own reflection in the water.
It is well-known that the Egyptians were unfamiliar with tin mirrors until at least the advent of Christian times. Mirrors also had a religious and funereal role: they were sacred objects, used as offerings to honor the goddesses Mut and Hathor.

Thanks to their shape and shiny appearance, mirrors were considered linked to the sun god and considered symbols of regeneration and life. It was quite common for mirror handles to be fashioned in the shape of a divinity, papyrus plants and female figures.
Artists were particularly dedicated to their creation during the New Kingdom. During this epoch, mirror handles show a special level of refinement. Handles shaped like a nude girl became especially widespread in this period. Only the wealthy could allow themselves the luxury of owning mirrors, which were very highly-appreciated objects.

Mirrors are often depicted in the mural paintings decorating the tombs of high dignitaries. An ancient text from the High Kingdom period describes the advent of new nobility, referring to the wealth of the new rich in the following way: ‘the woman who used to look at her face in the water, now has a bronze mirror’. Even the Romans attempted to produce small creations. Mirror production was not widespread, however, even though they boasted noteworthy technical skills in the working of glass.

In the XII century, some areas in Germany and the Lorraine territory developed a high level of mirror-making craftsmanship that metalized glass with lead or tin, without, however, being able to manufacture large-scale mirrors.

In 1318, the Venetians—who boast a history as able glassmakers— attempted to introduce the craft of glass mirror-making to Venice with limited success. According to popular tradition, a German man, who has remained anonymous throughout the ages, recruited two Venetians and one Muranese (Murzio Da Murano, Niccolò Cauco and a man named Francesco) in hopes of sharing his techniques. The first recorded mirror produced in Murano is dated 1369. Yet, because of their costly and complicated production process, mirrors were relegated as a luxury object.

Around the mid-XV century in Murano, Angelo Barovier invented ‘cristallo’, a type of glass that was so limpid, transparent and colorless that it looked like rock crystal. This glass became a winning secret for Venetian mirror makers. One hundred years later, in 1540, Vincenzo Redor (or Rador), a Venetian, perfected and patented a leveling and shining process for glass sheets which allowed producers to obtain perfectly flat, regularly-shaped mirror surfaces. 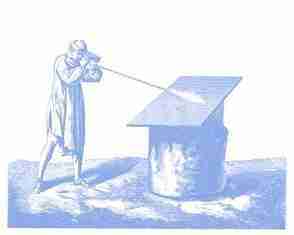 This high quality production spread like wild fire and in 1569, Venetian mirror makers banned together in corporations, developing new techniques. At the end of the XVI century, diamond-point engraving became common for glass and mirrors produced in Murano.
The next century saw the development of decorative mirrors in Venice. Wood frames were covered with strips of cut mirror, and enhanced with glass reeds, flowers and leaves. (Muranese glass master Giuseppe Briati is credited for developing this concept). The sheets were also decorated with oil paints, while the mirrors’ wooden parts were varnished or painted gold according to the tastes of the time.

Thanks to the refined techniques and creative talents of these lagoon artists, Venice experienced a period of grandeur and its techniques were immediately imitated and copied. As early as 1271, Venetian authorities issued the ‘Statue of the Confraternity of Glassmakers’ in which they prohibited the importation of glass from abroad, negating foreign glass makers the chance to work in Venice. Despite bans on divulging secrets linked to mirror production outside of the Serenissima’s territory, many Venetian artists immigrated to various parts of Europe, starting up local production in Spain, England, Germany, Belgium, Holland, Denmark and, above all, France.
In fact, Luigi XIV decided to stifle the predominance of Venetian craftsmanship, adopting foreign policies that aimed to recruit skillful lagoon masters to his court so that they could reveal the secrets of their art.

In 1665, several glass workers from Murano were secretly called to France by Minister Jean-Baptiste Colbert to start up local production of Venetian mirrors at the court of the Sun King. Gerolamo Barbin was among these workers. Born in Murano in 1634, he contributed to the realization of the famed Hall of Mirrors in Versailles.

In 1605, the authorities of the Serenissima Republic—in order to avoid the emigration of glass masters and preserve the secrets of their trade— created the so-called Golden Book, which contained the names of those who belonged to the ‘Magnificent Community of Murano’. From that point on, this list of notables were considered the glassmaking nobility of the island. The Barbini family was registered in the book in 1658.

The decline of the Serenissima Republic’s eighteenth-century glory prompted its mirror production to diminish, nonetheless, this tradition of lagoon-based craftsmanship survived. During the second half of the XIX century, the Società Salviati re-launched the island’s production of artistic glass, re-establishing the pride of Muranese artisans. In the 1900s, it was Niccolò Barbini who, together with a handful of others, worked to save the production of Venetian mirrors an art form—that had been all but forgotten at the beginning of the century. Niccolò worked to re-interpret an inestimable treasure trove of secret techniques, re-proposing them to the benefit of the entire world.